Software-defined networking (SDN) is a novel paradigm that out-sources the control of packet-forwarding switches to a set of software controllers. The most fundamental task of these controllers is the correct implementation of the network policy, i.e., the intended network behavior. In essence, such a policy specifies the rules by which packets must be forwarded across the network. This paper initiates the study of the SDN control plane as a distributed system.

We introduce a formal model describing the interaction between the data plane and a distributed control plane (consisting of a collection of fault-prone controllers). Then we formulate the problem of consistent composition of concurrent network policy updates. The composition is enabled via a transactional interface with all-or-nothing semantics. The system behaves as though committed updates are installed atomically and every data packet traverses the network instantaneously, respecting a sequential composition of previously installed committed updates. Updates that cannot be composed are aborted and do not affect the data plane.

We show that in the asynchronous environment, it is impossible to achieve consistent policy composition that tolerates a single controller crash. We then discuss stronger variants of the model that allow for solving the problem and study algorithmic complexities of such solutions. 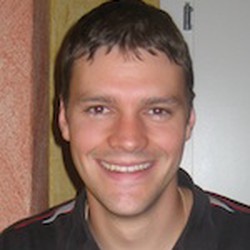 My current interest is in designing better systems support for AI/ML and provide practical implementations deployable in the real-world.